Get a call from an addiction treatment expert:

Despite being such a small state, Connecticut has a pretty large treatment population compared to other parts of the U.S. In fact, there were over 37,000 people enrolled in treatment programs in Connecticut in a single day, which is up from about 26,000 just a few years earlier.

The opioid epidemic is a significant problem in Connecticut and other parts of the Northeastern United States, and there is a large percentage of the treatment population who are on opioid replacement therapy maintenance drugs such as methadone or buprenorphine. Overall, there are about 15,000 people taking those maintenance drugs daily as a form of treatment, with the vast majority of them being on methadone. Still, most rehab center admissions are for heroin abuse issues. 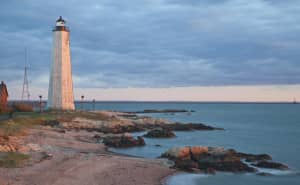 At Addiction Treatment Services, long-term drug replacement therapy is usually a last resort option, as we work with detoxification and rehabilitation programs around the country who can help people to successfully end their addiction to heroin or other opiates such as prescription painkillers. This allows them to go on and lead healthy lives without having to rely on taking another opioid daily.

If you know of someone in Connecticut seeking help for any type of drug or alcohol problem, we can assist you in not only finding a program but also in verifying the insurance benefits and setting up interventions as well.

There are about 30,000 adolescents in Connecticut who reported using illicit drugs in the past month. Around 70 percent of youth in the state feel it is ok to smoke marijuana once per month or have five or more drinks a night once or twice per week. These patterns of attitude and experimentation give a glimpse of what may be coming to the state in the future in terms of the overall treatment population.

Contact Addiction Treatment Services today for rehabilitation and intervention help, or check out some of the additional resources below for more information about drug and alcohol rehab in Connecticut.

The mission of the Department of Mental Health and Addiction Services is to improve the quality of life of the people of Connecticut by providing an integrated network of comprehensive, effective and efficient mental health and addiction services that foster self-sufficiency, dignity and respect.

We will perform a professional review of your insurance policy as you beginning the treatment-seeking process. Learn about your options today:

Our trained, professional staff has answers to your questions. We also provide the following:

Get Answers to Common Questions

Does Insurance Cover Addiction Treatment? What Levels of Care are Available? Will I Need Detox? Is Inpatient Rehab Necessary? What is Outpatient Treatment? How Can I Perform an Intervention?

Don't Know Where to Turn?

Our addiction professionals can help guide you or your loved into the care of the right facility for your situation.

Speak with a Professional Now:

Brought to you by: